regular readers of this blog are aware of the fact that i’ve already tried to win a MLP golf journal trophy tournament this year. the lucky guy wins a ticket to belek, turkey’s golf eldorado and is in the middle of a world final and has quite some fun with all the golf buddies, so far as i heard. 40 tournaments are played this year and everybody is free to try it at several occasions… what makes it a bit easier, but far from simple. but one thing at a time:

last weekend i travelled with three golf buddies to the golf & country club leipzig. we all are quite crazy about the game and about the MLP trophy and therefore we thought it would be fun to dress-up with uniformed polo-shirts: “MLP golf journal trophy, team frankfurt, [name]”. we were the only guys with such well-chosen gear and got some laughs but as well some acknowledgement for our efforts. but it’s not about looking good for winning a tournament, it’s about playing well with the least possible number of strokes.

we arrived on thursday, had a nice evening in leipzig’s city center (tip: check out the barfußgässchen if you’d make it there one time), had the tournament on friday, partied till early morning and left on saturday.

all in all it was a really nice trip! the course was in good shape, the people were very friendly and the club management made everything happen to let everybody feel really comfy! have a look at some photos: 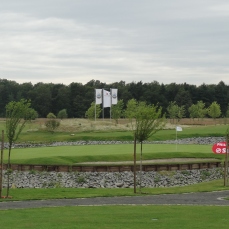 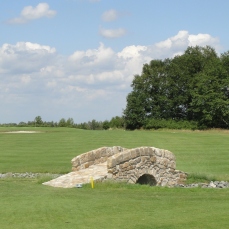 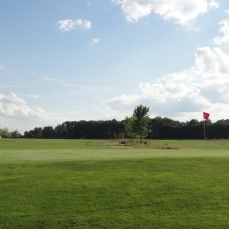 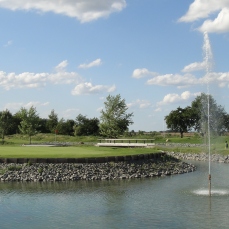 some additional words about the course: the golf & country club leipzig is situated in machern, a small village eastwards from leipzig. the club got through some time of unrest but seems to settle down quite nicely. the holes are beautifully shaped and offer some new water hazards, creeks, high rough and a beautiful 18th island green. the halfway house (yet a tent) is superbly placed at a spot where every golfer is coming along 4 times… as a result there was a lot of champagne and ramazotti in play!!

the tournament ended with a huge party at the sun terrace, with a tasty buffet, a live band, free beer and a stunning sunset over the 18th green… *sigh* where can i sign in for next year?!