Today I learned that the Ryder Cup 2020, staged at Whistling Straits, will have the European players wear once again a Scottish brand as official team apparel.

I don’t want to be too critical about it, but I can remember some despicable and pathetic team wear in recent events that were really, I mean REALLY, embarrassing! Diarrhea brown and puke green colors come to my mind…

This time a company called Sunderland got the big contract for the technical golf wear. Sunderland belongs to the Glenmuir brand which also outfitted the past events and again is an official licensee for the 2020 Ryder Cup as far as polos and knitted products go. The five year agreement will see the brand appointed for the 2020, 2022 and 2024 matches.

Glenmuir’s success story and close collaboration with the Ryder Cup began in 1987 with Tony Jacklin as team captain of the Europeans. Since then it’s the longest-running partnership between a clothing brand and a sports event. 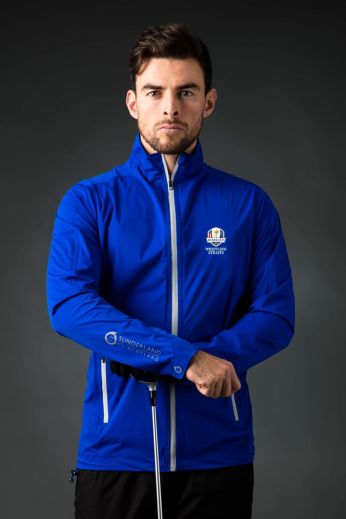 The technical products in the Sunderland 2020 collection all look very cool and of high quality. Let’s cross fingers that the actual athletes are equipped with equally good looking stuff (and colors). I still have my doubts.

END_OF_DOCUMENT_TOKEN_TO_BE_REPLACED

as i said, germany is getting cold these days. i planned a last round for this season with my boss and a former colleague at kiawah golf park in riedstadt. tee time was 8.30am and it was cold and foggy.

i decided the day before to take my carry bag and not the heavy tour staff bag with trolley. it turned to be a not-so-good-decision. carrying 14 clubs, a bunch of balls, rain clothes and other stuff might not the best idea when it’s 5°C cold, windy and the only thing that really keeps a part of the body warm, is the beanie. the round itself wasn’t my best either. i shot some quite nice drives into the wind, holed some nice putts but my mid-iron-play and the wedges weren’t on fire. truth be told, i only shot 25 points! shame on me!

after the round i realized that there is smth wrong and it turned into huge back pain with which i’m still struggling with, 5 days later. thank to heat plasters and hotties i can ease the pain a bit.

i feel like 80!! and the moral of the story: i found a new sport where i can get hurt. would have bet a grand that golf is a “friendly” sport! folks, how wrong i am!!

must look like quasimodo; me running around the office, trying to look smart while leaning forward since upright walk is still impossible! but my colleagues are polite. they don’t laugh in public.