For two years I’m living in Frankfurt again after my time in London and since then I didn’t manage to play the best course in the region for a second time. A bit stupid, especially because the Frankfurt Golf Club is just 15 minutes from my place. To be fair it’s a bit tricky to get on the course on the weekend as they only allow guests who are invited by members. Yes, the Frankfurt Golf Club is one those elite clubs who seem to be stuck in time, but on the flip-side it’s one of the best courses in Germany. So what do you do, exactly, you take a day off on a Friday because the course is absolutely worth it.

As a matter of fact it wasn’t my own idea to play there on that particular day. Fellow golf blogger Andreas (Reisegolfer, http://www.spieltgolf.de) planned a small golf tour and the FGC was on his list too. So he asked me if I would like to join him and no question I was in. Always good to meet a colleague and if it’s possible to combine that with playing a top-notch golf course, what else would you do?

We met up on a Friday, had a 8.30h tee time and the day promised to become fantastic.

The club was founded in 1913 and therefore is one of the oldest in Germany. After an initial 9-hole setting it was completed in the late 1920s by Harry Colt and John Morrison. It is a classic parkland course and pretty much looks like the famous heathland courses in Surrey, south-west of London. If you want to compare the style to another German course, it’s probably pretty similar to another great German golf course, Hamburg Golf Club. This doesn’t surprise at all as the north German gem also is a product of Harry Colt and John Morrison during the late 1920s. So it’s no coincidence that both courses feature a similar style, comparable routing and bunkering. And it’s most likely the reason that Frankfurt Golf Club still ranks so high in the course lists although it’s too short nowadays to host a professional tour event. Couple of years ago the German Open regularly teed up here.

But those days are gone. Today the FGC is a club focussing on members, some guests, the FGC teams playing in the highest country leagues, youth support and to maintain their great course and the heritage around it to the biggest extent possible. Top nobs meet up on the beautiful sun terrace after a round, green keepers do everything to create a true masterpiece of a classic golf course delight and players of all age enjoy a great day on the course.

The FGC is just minutes south of the Frankfurt city centre, almost halfway between the city and the airport. With this you obviously have to expect some air traffic over the course which is a bit unfortunate but after all it’s not that big of a deal that you would be disturbed in any way.

The weather on this day has been excellent and the sun came out on our first holes. So we had a great course in impeccable condition, fantastic sunshine and obviously enjoyed the round during which we discussed course characteristics, other global golf destinations as well as the overall golf media landscape. As Andreas has seen and played so many course all over the world he seemed to have a story for almost every course we discussed. What a blessed lifestyle to collect golf courses! I guess I have to reduce my time in the office from now on…

And by the way, the Frankfurt Golf Club is definitely a recommendation to play if you have the chance. As the classic parkland course it is you don’t find any crazy architectural gimmick, just pure golf history. Greens and fairways and the course in general have been in excellent condition, the staff is very friendly, routing doesn’t get boring and the facilities are fine. So I would rate it with a good 7/10 points. 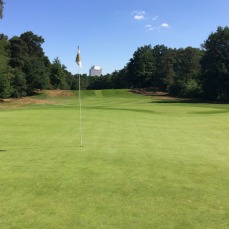 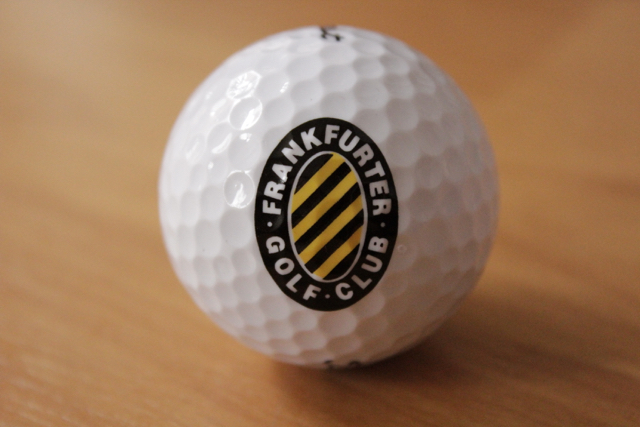 It’s been a while ago that I played the Frankfurt Golf Club but I remember that was a very fine day. I was invited to a BMW tournament which was hosted at this premier Frankfurt course. The club is somewhat the poshest you’ll find in the area and becoming a member there is both tricky and expensive. I wouldn’t go so far and say that I’d prefer being a member here, but the course is a pretty parkland-styled layout by Harry S. Colt, the teams are very, very good and get well supported by the club. It’s not normal that a golf team has one million Euro in the back to spend over a year only for training, equipment, travel, clothing and stuff. So it’s fair to say the Frankfurt GC members care for their teams.

In terms of course, as I already mentioned the course is a classic parkland. It is situated south-west of the city-centre, between downtown and the football arena or the airport and features a lot of forest. And this is basically what the course looks like. It’s a Wentworth-style I’d say, fairly straight holes, little bunkering when I remember correctly but trees wherever you look. So it’s the long and straight drive you are after standing on the tee. If you can’t do that, leave the big sticks at home.

Overall it is a great place to spend the day. This club is members only on weekends, so it’s pretty tough to get to play unless you know some people which invite you as guests. I keep my fingers crossed this will happen next year.