Decades ago, life was easy. Golf life, too. There were distance poles on the side of the fairway, indicating 100, 150 and 200 meters or yards. It was measured towards the front of the green and you would add a good portion to the green center or the flag, whatever you were aiming for.

In between poles you would either roughly estimate or pace out manually. These measures were of course very rough but fine for most golfers nonetheless for hundred years.

Then modern technology hit the golf course as well. Nowadays it’s common to ask for exact distances, and when I say “exactly”, I mean exactly. A margin of three meters doesn’t seem to be OK anymore – you need exact figures. 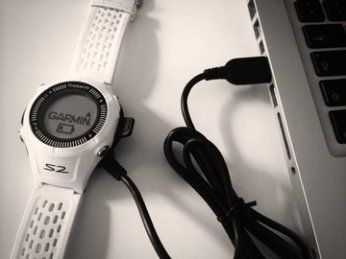 I couldn’t resist myself either, as you can imagine, so in the end I use both a laser and a GPS device. But let me explain what I think of both devices and what I believe these are targeted at. Because not every style of player would be equally happy with both devices.

Generally I truly appreciate the technology that made its way to golf as well. I also believe that, correctly used, it can drastically improve your game. But it does require some thought process and less ego—yes, I’m talking to you, middle aged male golfer.

Let’s start at the beginning, shall we:

There are two major types of distance support tools; GPS devices and laser devices. And there is a pretty new form, that sits in the middle as it uses both technologies in one device only.

Every player is different, so you should test both variants and decide for yourself. This is my opinion only.

GPS stands for Global Positioning Service and is the satellite connection service that you are used to from your phone or your car. It connects with at least three satellites in order to perform triangular positioning, but mostly is connects to more than five or seven anyway.

There are handheld devices available on the market, and also wearables such as GPS watches. You can of course use mobile phone apps (e.g. Golfshot, Hole19, etc.) as well but I would put that in the handheld category for now.

Over time the functionalities and technologies for GPS watches for instance increased drastically but what basic watches do is the following: Once arrived on the first tee, you start the tracking on the watch, it connects to the necessary satellites, it lets you confirm what course you are playing and then loads the course details. On the watch face it shows you several things:

In my opinion that’s easy to say. Unless you are an 18 handicap player or better, you should aim for the middle of the green anyway and take it from there. With that there’s enough margin for error. Depending on the size of the dance floor, 5 to 10 meters short or long would still leave you on the green. Two putts. Done.

On trickier holes or windy conditions or when you indeed want to attack as flag that is more on the front section, you could make use of that front distance information too and shape your ball accordingly.

The better you get, the more you’d need more accurate information to the pin I’m afraid. On the flip side, that means any player above a 18 handicap should be happy with a GPS device, playing off 50 and taking out a laser device on every hole is just pathetic, truth be told.

The major disadvantage of GPS devices, the inaccuracy to the pin, is something that you can tackle with a laser device. Inside that tool there is laser technology and respective optics that give you exact distances to one meter. On top of that, modern devices are “trained” to find and recognize flag sticks, so you are safe that you indeed measured the stick and not the bush 30 meters behind the pin.

So you look through, find the pin, press a button and it tells you exact distances.

What that means is obvious, you have to be able to see the pin. There is no chance to measure something that’s behind a bush, a tree, a dune or whatever. Once you see it, you can measure it.

As said already, as a bogey golfer this comes handy as green complexes might be big and the GPS information of the middle of the green is just not exact enough. Where I live, greens tend to be much smaller than elsewhere but I acknowledge that in other parts of the world, front to back of the green is a 4-club difference.

You can of course measure stuff like trees, bushes and others as well which might help you find a playing corridor with accurate distances but it wouldn’t support you with layup distances and alike.

So sometimes, as a better player, you would need both? Or use a hybrid device. This is a laser look-alike device, same technology, same optics but as well equipped with a GPS processor and an inbuilt screen that shows you the current hole while looking through the ocular. You aim at the flag, get the exact distance but at the same time offers you information on all hazards and bunkers of the hole.

One good example of that device would be the Garmin Approach Z80, which I tested quickly and indeed like but is too expensive if you ask me.

My setup is the following: I use a GPS watch, the Garmin S2, which is so old and basic, that you can’t buy it anymore. It’s a monochrome watch but it does the trick. Also I use a laser rangefinder, the Golflaser Eagle 600 Solar, which is a basic and outdated laser range finder, but again, does what it’s supposed to do.

As I use both, maybe a hybrid model is the next move for me? I have no idea, especially because from time time to time I use iPhone apps such as Golfshot Plus as well which help me on new courses to get layups right which are tough to measure if you don’t use devices like the Garmin G80.

What do you prefer? And why?

2 thoughts on “GPS or laser rangefinder – that is the question”